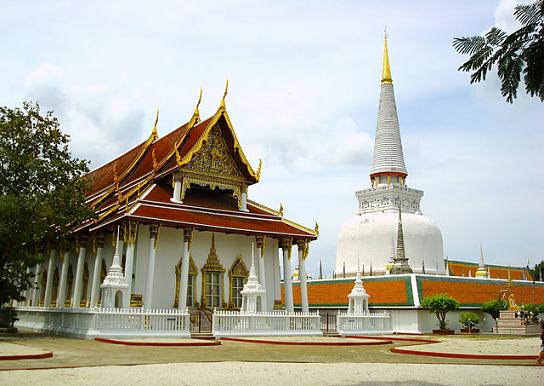 Between the 8th century and the 13th century the area around Nakhon Si Thammarat in Southern Thailand was part of the powerful Srivijaya empire. However, it wasn't until after this period with the rise of the Thai's, the city became a religious and cultural centre. It was a new dawn and a time when Theravada Buddhism spread all the way from Sri Lanka to Sukhothai during the late 13th century.

While the city is mostly mountainous, there are several fairly attractive beaches along the eastern shores and various other attractions worthy of a visit such as the old city wall, a thousand-year-old temple, the national museum as well as a national park and archaeological site. 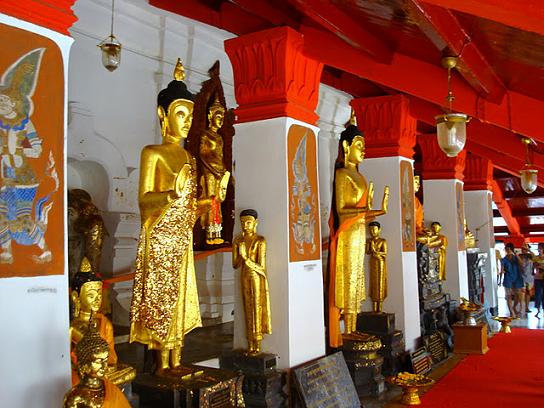 Though you won't find many western tourists visiting the area around here, there are several beaches you can visit as well as a number of interesting attractions in the city. The most visited of these is Wat Phra Mahathat. Not only is this temple more than 1,000 years old, it is believed to be the largest one of its kind in southern Thailand.

The temple occupies a vast compound and the seventy-seven metre high Chedi topped by a solid gold spire, dominates the whole complex. If you care to wander through the various halls here, you'll come across several golden Buddha images as well as some religious artefacts that are considered to be of great architectural interest.

Nakhon Si Thammarat National Museum provides an excellent introduction to the art and culture of the south. The museum houses a magnificent collection of priceless artefacts as well as some fine examples of the region's major crafts including vine-woven handbags known as yan liphao. (Royal Gifts) There are also several nielloware objects fashioned from a mixture of silver and black alloy. 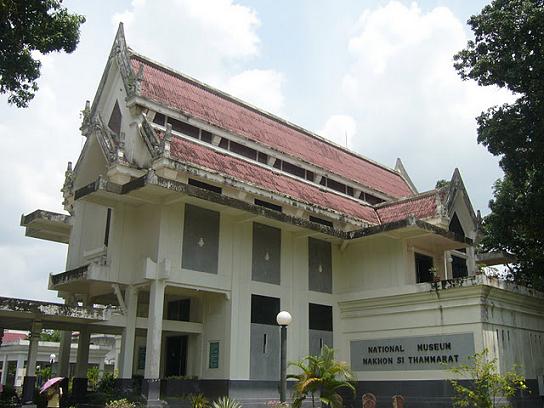 The beautiful rocky beach of Hat Hin Ngam located approximately 60 kilometres  (40 miles) north of Nakhon Si Thammarat may well be worth a visit if not just for the rather pleasant drive there. A little further up you will arrive at Hat Khanom which comprises of three sandy beaches, Nai Praet, Hai Phlao and Pak Nam. All of these beaches have comfortable bungalow-style accommodation.

Near the Royal Folk Arts and Crafts Centre about 40 kilometres (24 miles) west of the provincial capital, is Laem Ta Lum Phuk, a scenic headland running off a long sandy cape that juts out into the Gulf of Thailand. On the west side of the shore you'll find a fishing village and to the east is a pine-fringed beach.

Covering an area of 570 square kilometres and surrounded by several waterfalls, the largest of which Namtok Karom, is 1,300 metres high, and falls over nineteen levels, can be viewed at the Khao Luang National Park east of the city.

Other Attractions in Nakhon Si Thammarat

Suchart opened his home at 110/18 Soi Si Thammasok Road to people interested in puppetry with the hope of reviving Nang Talung or shadow puppet play. Besides the museum home staging shadow puppets from Egypt, Turkey, Greece, Indonesia, Malaysia and Thailand, there are also a number of farming tools on display.

Shadow Puppets from around the World

If you are in the city during February you just might witness a festival that pays homage to the locally enshrined relics of the Lord Buddha. The festival known as Hae Pha Khuen Thai is made up of several religious ceremonies. Among them is a traditional merit-making procession during which the Phra Bot cloth portraying the Lord Buddha's life, is placed over the relics.

Another festival held in the city is the Festival of the 10th Lunar Month which is celebrated in September but continues through to October. This special event is held across fifteen nights of the 10th waning moon when locals bring merit to the souls of their ancestors.

Getting to Nakhon Si Thammarat

Nakhon Si Thammarat is situated approximately 780 kilometres (470 miles) from Bangkok. It is the historical heart and the second largest city in the province dating back as far as the 2nd century and subsequently gained importance as a staging post on the early trade route between China and southern India.

Thai Airways International operates daily flights between both airports and bus coaches leave daily for the city from Bangkok's Southern Bus Terminal, while most southbound trains from Bangkok stop at Thung Song about 40 kilometres west of the city. If you do decide to take the train to Thung Song, once there, hop on one of two trains leaving the town daily on the local line to Nakhon Si Thammarat. For more details, contact the State Railway of Thailand.

Chinese Temple in the City